Renowned podcaster, author and educator, investment and finance expert, examines the origins of how financial markets began their shift from London to New York, and how the world's bankers mitigated risk. 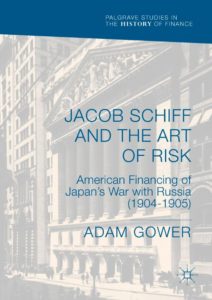 “A fascinating, and wholly new, account of the emergence of Japan as a major player in the global economy and politics in the early twentieth century, and New York financier Jacob Schiff’s role in funding it, while he boosted the US challenge to the City of London’s dominance in world finance.”

“Jacob Schiff and the Art of Risk showcases the fascinating stories and insights of how international banking worked in the early 20th century and how it still works today.  It uniquely illustrates how one banker shifted the paradigm and opened the door for New York to replace London as the center of international finance.” 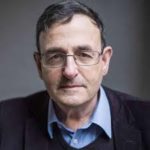 “Jacob Schiff, a prominent New York Jewish banker, assembled the loans that Japan required for its war with Russia in 1905.  This book covers the fascinating tale of a great Wall Street bank in the setting of Manhattan society, the global expansion of American finance, and the rise of modern Japan.”

Chapter 5: The Business of Banking 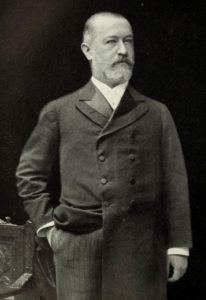 Jacob Henry Schiff (1847–1920), a German-born American Jewish banker, facilitated critical loans for Japan in the early twentieth century. Working on behalf of the firm of Kuhn, Loeb & Co., Schiff’s assertiveness in favour of Japan separated him from his fellow German Jewish financiers and the banking establishment generally. This book’s analysis differs from the consensus that Schiff funded Japan largely out of enmity towards Russia but rather sought to work with Japan for over thirty years. This was as much a factor in his actions surrounding the Russo-Japanese War (1904–1905) as his concern to thwart Russian antisemitism. Of interest to financial historians alongside Japanese historians and academics of both genres, this book provides a lively and thoroughly researched volume that precisely focuses on Schiff’s mastery of banking.

Adam Gower is a bilingual, 30-year veteran in real estate, banking, and finance who earned his Ph.D. in History at the University College London. He has held senior management positions at some of the largest companies and institutions in the world and is recognized as an industry thought leader on the impact of crowd funding on real estate. During the 1990’s he lived in Japan, working as the President and CEO of a major Hollywood studio developing their real estate portfolio throughout the Asia Pacific Region. He lives and works in California, teaches investment and finance classes at Cal Poly University, San Luis Obispo, and produces and hosts a syndicated podcast at GowerCrowd.com.  Dr. Gower is a highly sought after expert in the impact of crowdfunding on the real estate industry and his work linking regulatory changes of today with practices described in this book are considered by many as groundbreaking. 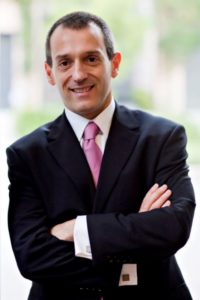